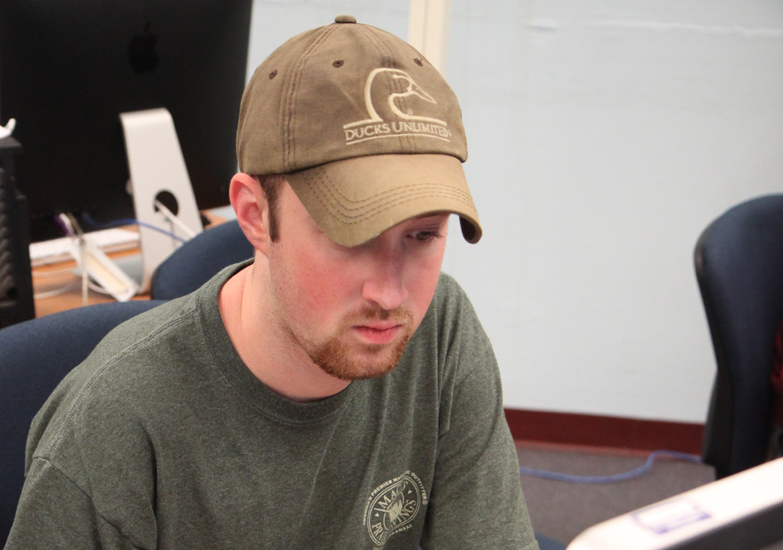 More and more people are being discovered on the Internet these days — from YouTube series like EpicMealTime to every day people immortalized via Internet meme. Beretta Firearms recently decided it was time to tap into the Internet’s near infinite talent pool with a writing competition posted on its Twitter page. That is how they found Ouachita’s Austin Selph, who is now on his way to being a confirmed contributor to their official blog.

“I follow Beretta on Twitter,” said Selph, a junior mass communications major. “Their director of social media was asking for a guest contributor and asked to send a writing sample. I already had a blog running for my online media class, so I sent him the link to that. He replied in about a week saying that I was in.”

Tiffany Eurich, instructor of communications, assigned Selph and his classmates to write a blog about something they cared about, which he used as his writing sample in Beretta’s contest.

“I try to make my students aware of the opportunities available to them if they master the multi-facetted skill set of writing on the Internet,” said Eurich. “I’m so proud of Austin. He asked me to proof the series he’s currently writing, and I was completely blown away. That’s what we hope for in this department. Students using their skills, even while they’re still in college, to make a name for themselves.”

Selph is currently on a several week long trial period so that Beretta can make sure his writing goes along with their guidelines. However, he’s already making contributions to the blog.

Once Selph becomes a confirmed contributor, he’ll have access to certain perks offered by the company: he may be sent new products to preview before they’re released to the general public, have access to the entire product line at a discounted price, have opportunities to give feedback on products under development and have the chance to win a prize as one of the top three contributors. First, second, and third place will receive $2500, $1500, and $500 respectively to spend on the Beretta products of their choosing.

“The trial period isn’t over yet, but I’m way excited to start being sent some new toys to play with,” Selph said. “I’ve got a couple of ideas of what I’d like to do with any perks or products that come my way. There’s always hunting season, where a new gun and some ammo can always come in handy.”

Although Selph will be representing the company name once he becomes a confirmed contributor, he intends to keep writing in his own style. In fact, Beretta is encouraging it.

“This is supposed to be a blog for Beretta fans by Beretta fans, so they want it to be all me,” Selph said. “I’ve done my best not to push too many products or try to sell something. I just tell my story and ask my audience to tell theirs.”

The content Selph is producing is not advertising, it touches on personal issues that gun owners will care about and enjoy reading.

“I’m doing a four part series right now called ‘Freedom to Fire,’” Selph said. “It takes a look back at some simple themes for gun owners, and really anyone who has ever shot before. The first entry is called ‘The Conversion Experience’, where I talk about the first time any gun owner pulled the trigger. The second is ‘The Mentor’, where I look at how every gun owner learned what they know about guns. In these first few articles, I give a bit of personal experience, followed by a point that everyone can come together on. I try to end each blog with a question my readers can respond to, so that everyone can get involved with it.”

As Selph would say himself, his involvement in Ouachita’s mass communications department played a big roll in getting this position.

“I’d like to take a few of my communications professors, such as the Roots, Trennis Henderson and Tiffany Eurich out to the range to fire off a few rounds,” Selph said. “I feel like it’d be a good thank you for giving me the skills to get a job like this.”