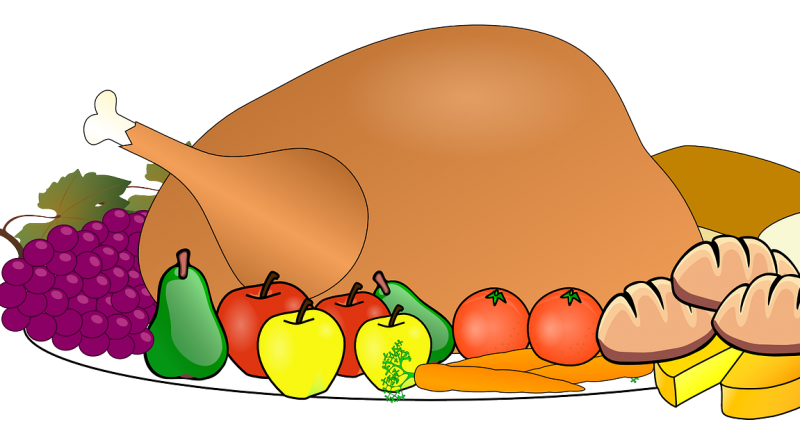 It’s that time of year again. In just one short week we will be celebrating Thanksgiving, and after that we will celebrate many people’s favorite holiday, Christmas. Although both of these holidays include some much-needed family time, they also include tons of scrumptious food.

At every event, people gather around tables piled with different types of delicious goodies. From turkey and dressing to chocolate pie and fruit salad, each meal has enough food to feed an army. Standing at the kitchen counter, we load up on food, but then as soon as we start eating, we regret getting twice the servings we needed. As you can imagine, this leaves many plates unhappy and a lot of food left to waste.

According to the United States Department of Agriculture’s website, in 2010 “133 billion pounds of food from U.S. retail food stores, restaurants, and homes–valued at approximately $161 billion–went uneaten.” It is horrifying to think that this number has probably even gone up since then.

The society we live in today seems to not even care about this matter. We are so self-centered, focusing on what we want and when we want it that we do not see the consequences of our actions and how it affects others around us. Americans seem to forget that there are people around the world, and even in the United States, that go hungry on a daily basis.

According to the website for an organization called Feeding America, “42.2 million Americans lived in food insecure households” in 2015. Of these Americans, 29.1 million were adults, and the remaining 13.1 million were children.

It is time that we not only put an end to hunger but an end to food waste. If we could stop the massive amount of food waste in the country, it would be easier to end hunger in the United States as well.

While it may seem as though you cannot make a difference, you can. How many times in the Ouachita cafeteria have you gone in starving and piled up your plate without even thinking? You fill up your plate with this and that, and if you don’t enjoy what you have, you go and get something else, leaving the rest of the food on your plate to go in the trash. I know I have done this several times already, and I am just a freshman. We need to start thinking about what we place on our plate, even if it’s an all-you-can-eat buffet.

The basis of this problem is deeper than a surface level problem for Americans. It is a foundational issue that many of us have. We somehow feel as if we are entitled to and deserve everything that we could possibly want. This is especially evident around the holidays. We teach our children bad habits as they grow up by telling them to ask Santa for whatever they want. We have raised generations that think they should get whatever it is they asked for without working for it. I think we have all struggled with this issue at some point, and it is time that we make a change.  As a society, it is time that we stop caring so much for materialistic items and start caring for those around us. We live in a world full of hungry people—people who are not only hungry for food, but ultimately who are hungry for something even more important.

People want to be loved and cared for. They want to be surrounded by people they love and who love them, and isn’t that what the holiday season is all about? Make a difference this holiday season. Think less about yourself and more about the others around you who are less fortunate and are asking for what they need, not what they want.