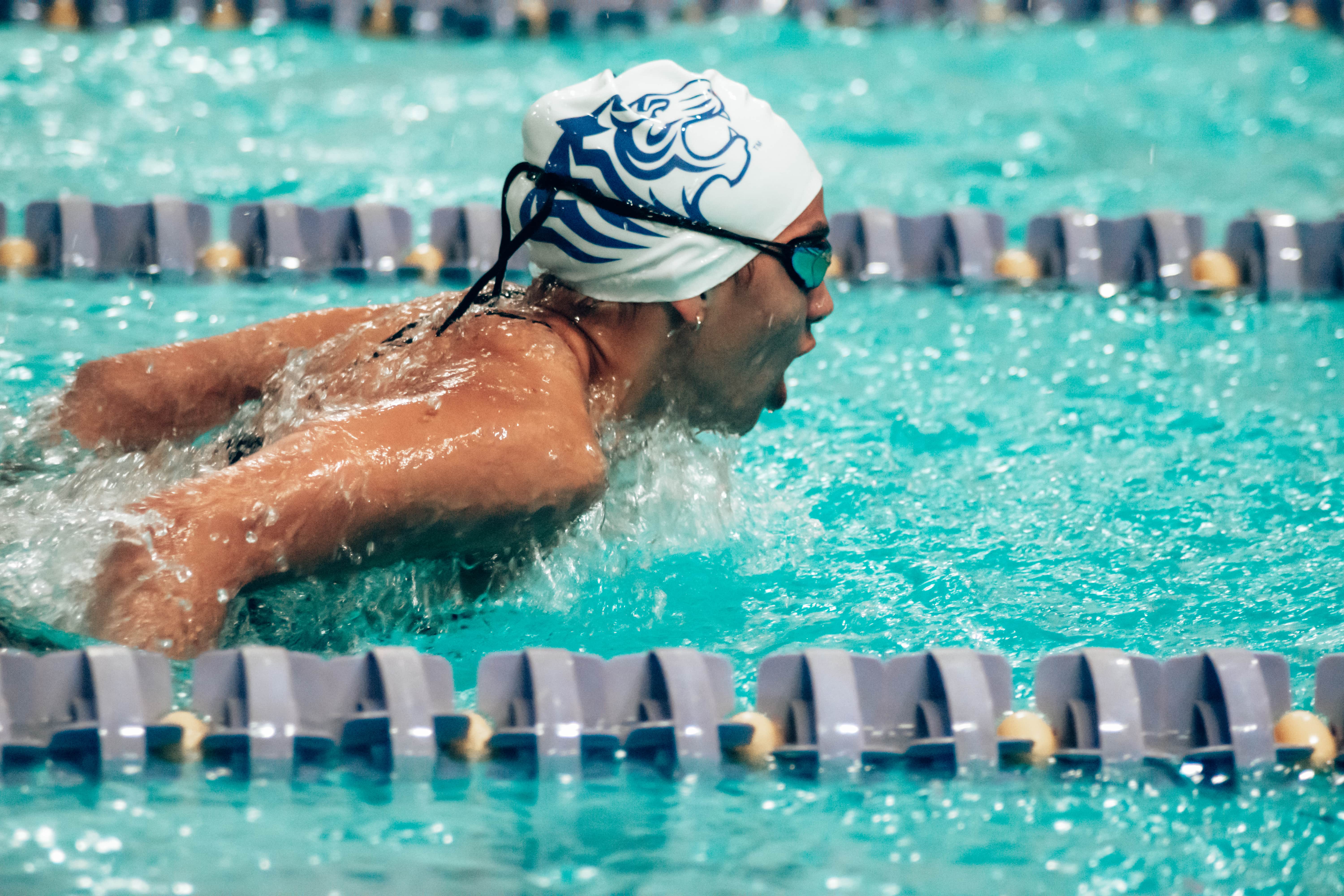 This rivalry competition was the last meet of the regular season. Senior TigerSharks emerged from the waters of Waggoner Pool for the last time and were recognized for their dedication. Seniors on the team include Lillia Clark, Jack Conner, Nolan Gerfers, Elysian Majeske, Keith Mathews, Sydney Parker and Rachel Sansano.

In preparation for the meet, each of the swimmers drew on the strength they’ve been building over the season and focused on fine-tuning their performance.

“The work towards conditioning happens over the course of the season, and the weeks before a meet are more about rest and tweaking details of our races,” freshman Thomas Morley said.

While the team has approached every meet this season with competitive energy, competing against their rival team brings out a new level of competitive edge.

“The rivalry relationship is there. We train for it regularly, we race as we always do, but there is an energy that overcomes the pool and both teams that brings out the fast swims. When you win in your own pool, against your rivals, the cheers are deafening,” sophomore Sophia Rizo said.

With 25 of the 48 members of the men’s and women’s swim teams being freshmen and a large number of incoming freshman joining the team next year, Ouachita’s swim and dive teams are expanding. Freshmen Lenna Conard and Skye Hoover are the first divers at Ouachita in decades.

“I love diving and love seeing everybody support each other. The way this team connects is amazing and adding diving to the program made us stronger as a team and as a family,” Hoover said.

The TigerSharks will compete next at the New South Intercollegiate Conference (NSISC) Championships Feb. 16-19 at Delta State University in Cleveland, Miss.