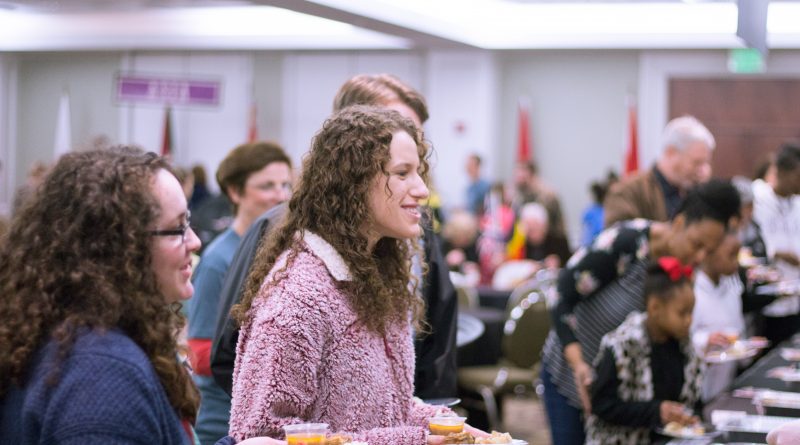 Ouachita Baptist University’s International Club and the Daniel and Betty Jo Grant Center will host the 2020 International Food Festival this Tuesday, Feb. 18 at 5:30 p.m. in the Walker Conference Center.

The main goal of the event is to make students aware of the strong international influence on campus. Thirty-five countries are currently represented in the international program, and the food festival is a way to encourage students to learn about the home cultures of international students.

“Not all the students are aware that we have such rich tradition internationally,” said Jason Greenwich, director of international education at Ouachita. “It’s a chance for the students from all the different countries to prepare the food, show their flags, the colors, and just invite people to see we’re here on campus.”

Greenwich encourages students to avoid missing out on the experience of the international food festival.

“I think if people are not aware of how awesome it is, they might think it’s better off to just go to the caf that night and have a normal meal as they normally would, but this is really a big deal,” Greenwich said. “It’s grown over the decades since they’ve been doing it, and it would be a foolish decision to not come because the variety of the food that they’re going to experience is much more than you’re going to have in the caf, and it’s just neat to put faces with the countries they’re from and the food that they’ve made.”

“It’s a great community builder,” said Hannah Walker, a senior at Ouachita who works on the committee for the event.

She says that many students end up enjoying the foods served at the event.

The food festival is a significant event for the international students, who prepare the food themselves, as well as the students who come to try new foods.

“The students that come here from all the different countries are proud of their country,” Greenwich said. “It’s just a neat opportunity for the students to get to show off their heritage, their culture, their food, and share it with people who wouldn’t have had the opportunity to do that otherwise.”

“The food festival is just a great time for the whole world to be at Ouachita and be represented at Ouachita,” Walker said.

The team of student volunteers consists of 50 cooks and 75 students to help with other jobs such as publicity, decoration, sign in, parking, and serving the food. The students have been meeting for weeks preparing for the publicity, decoration, and of course, the cooking necessary for the event. The event is mostly student-led with the faculty simply encouraging them.