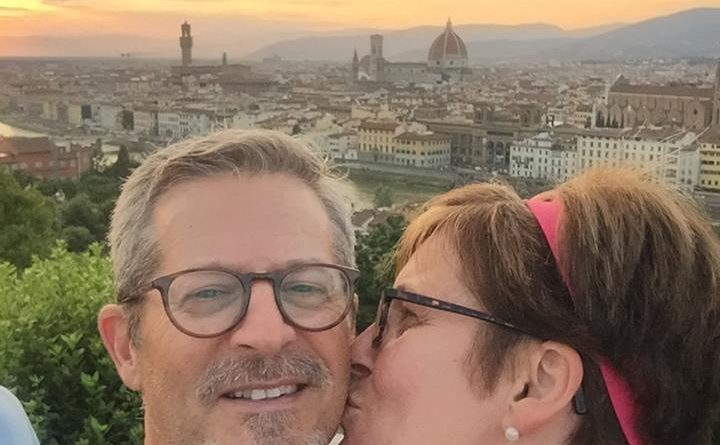 In a liberal arts education, it is recommended and often required that students learn a second language in a formal, classroom setting. For a certain professor at Ouachita, he has recently learned his third language and is starting to teach classes on it.

“I knew that if I just went over there and studied for a summer—and that was it—that I would lose most of it,” McGraw said. “But, I felt like if I came back and taught it, then I would continue to get better in the language.”

McGraw mentioned that he had a desire to learn Italian even before he made the decision to learn Spanish. Professionally, studying Spanish was more feasible for what he wanted to do. With this background in Spanish, and having learned some Portuguese, he found that learning a third language could be challenging.

McGraw said that his greatest challenge was “not letting Spanish interfere with Italian.” He explained that he would realize what he needed to say (in Italian) but he would automatically say it in Spanish instead.

“That was frustrating,” McGraw said.

However, it was also a good thing that McGraw had previous experience in learning a foreign language.

“Because I’ve taught Spanish for so long and I understand, I had to learn Spanish in the system of grammar, I understood Italian as a language system very well,” McGraw said. “Some of the things the other students had problems with, I understood immediately because structurally, it was just like Spanish. That was very helpful.”

Since this immersive learning experience, McGraw has been teaching Elementary Italian at Ouachita. He admitted that it is quite different from teaching Spanish.

“I have to teach it really differently,” McGraw said. “I really do. Because I’m still very much a student of Italian. Which is fun for me, because every class—even in Elementary—every class I’m learning something. Even as rich and complex as language is, if you’re not a native speaker, you’re still trying to polish the most basic parts of the language.”

When he teaches Elementary Spanish, his focus is condensing his knowledge of Spanish and presenting it to his students on a level they can easily understand.

“For Italian, I’m telling them about everything I know,” McGraw said. “And I’m only a couple of steps farther down the trail than the students themselves. The students have been very forgiving of that, which has been pretty gratifying about teaching Elementary. . . It’s really turned out to be a very enjoyable class to teach because it’s all still new for me.”

here are certain things to learn about a culture and its people when visiting another country. McGraw noticed a few things about the vibrant culture of Italy.

“Most people do their shopping every day or every other day, because they only buy the stuff they can carry, because they don’t have a car,” McGraw said. “They ride the bus, or a bike or a scooter. So, their ability to go to Sam’s and load up their SUV doesn’t exist. They go to these little shops—little, family-owned shops. One Walmart would put all these places out of business, and it would ruin the charm of places like Florence, that are not tourist places, these are the Italian places where the Italians live and shop and work . . . It’s all very personal, it’s all very family-oriented, and it’s just a whole different vibe and I really like that; I really thought that was cool.”

Ancient architecture, narrow streets and people riding bikes were just a few details McGraw described as the surroundings in Florence. Two other things McGraw pointed out that added to Italian culture were an appreciation for dogs and a fascination with coffee. One difference he noticed between American culture and Italian culture was how people took their meals.

“They really don’t eat breakfast, other than a coffee and a croissant,” McGraw said. “But, they make a big deal out of lunch and dinner, and it’s a big event. Most Italians would just be shocked at the whole process of driving through somewhere and eating in your car. They would go hungry before they do that. Because you just don’t do that. It’s communal. You take your time, you talk. When you eat dinner in an Italian restaurant, they don’t bring you the bill until they close—after midnight. So, if you have somewhere to go, you have to ask for the bill, because they don’t want to be rude and run you out, they assume you’re going to stay there and converse.”

By spending only six weeks in Florence, McGraw learned so much more than just the language; he learned about the people and experienced the culture of Italy. For the first month, his wife, Margaret McGraw, was there with him. His favorite part of this learning opportunity was sharing some of it with her.

“Everything that I got to do that I was able to share with her was just really, really special,” McGraw said. “And it was cool to be in a classroom again, as a student in a language classroom, because my Spanish learning environment was different. It gave me an appreciation for how to more effectively interact with the students, how much pressure to put on the students, because I took on that experience.”

For those who might be considering a foreign language, McGraw mentioned a few benefits of learning a second language.

Elementary Italian will be offered next fall semester. If you would like more information, talk with your advisor or email Dr. McGraw (mcgrawm@obu.edu).