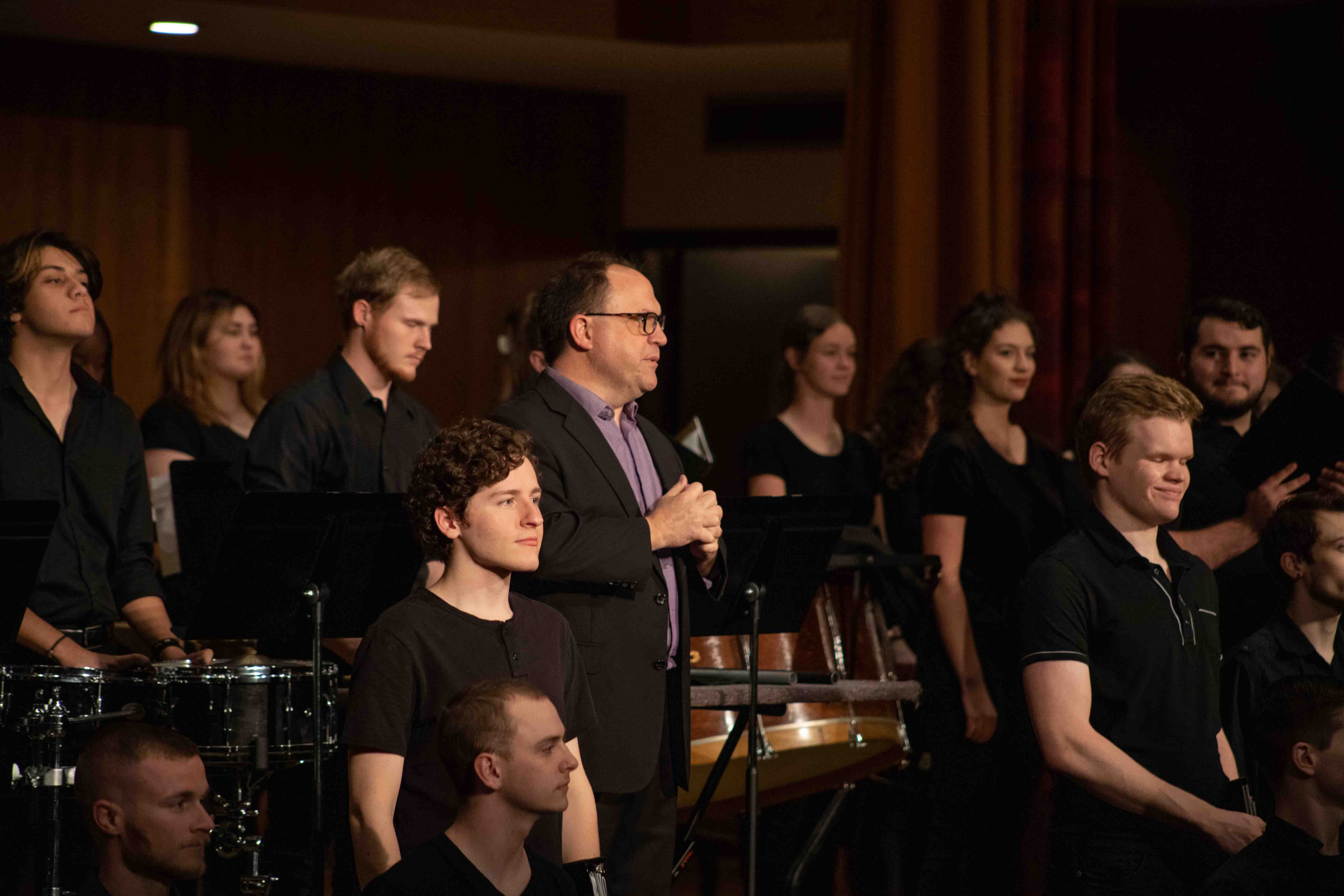 The campus was marching to the beat of the Ouachita Baptist Percussion Ensemble as they performed “Percussion Ensemble and Friends” on Monday, April 11. The sounds of drums and handbells could be heard from McBeth Recital for over an hour, much to the delight of Ouachita’s patrons of the arts.

The third performance was by far the longest and most intricate. Twelve Virtues by Bajinder Singh Sekhon seeks to capture the essence of twelve virtues that all cultures around the world seem to value. For instance, during the section representing perfection, the ensemble played very clean, strict notes. In contrast, confidence had loud, rambunctious drums, cymbals, handbells and loud shouting from the vocalist. Patience featured long periods of silence in between music, simplicity consisted of nothing more than a xylophone and vocals, and diligence showcased loud drums in a military-esque marching beat, to name a few.

The number featured OBU’s own Dr. Garret as the soprano vocalist. With so many instruments on stage, the musicians were constantly moving around the stage to play multiple instruments in one number. Dr. Ryan Lewis shared with audience beforehand how hard the group worked to synchronize the number.

After Twelve Virtues came a brief intermission followed by the next song, Sweet Dreams, Elizabeth Lee. Accompanying the percussion ensemble this time were Erica Dixon on Cello and Kristen LaMadrid on piano. The piece, named after the writer’s daughter, is simple and melodic and the ensemble performed it accordingly. While listening to the song, the audience was immersed into a goodnight lullaby.

The final song of the night was quite the opposite. Directed by Caroline Taylor, the ensemble played Blue City Scenes, an energetic, loud piece inspired by the sounds of New Orleans jazz and big band. This time, the percussion ensemble was joined by Ouachita’s saxophone quartet featuring Cross Brandon, Craig Crawford, Graham Scarborough and Joshua Sutton.

The concert ended with an extended standing ovation from the McBeth crowd. The audience’s reactions afterward echoed the praises of the percussion ensemble.