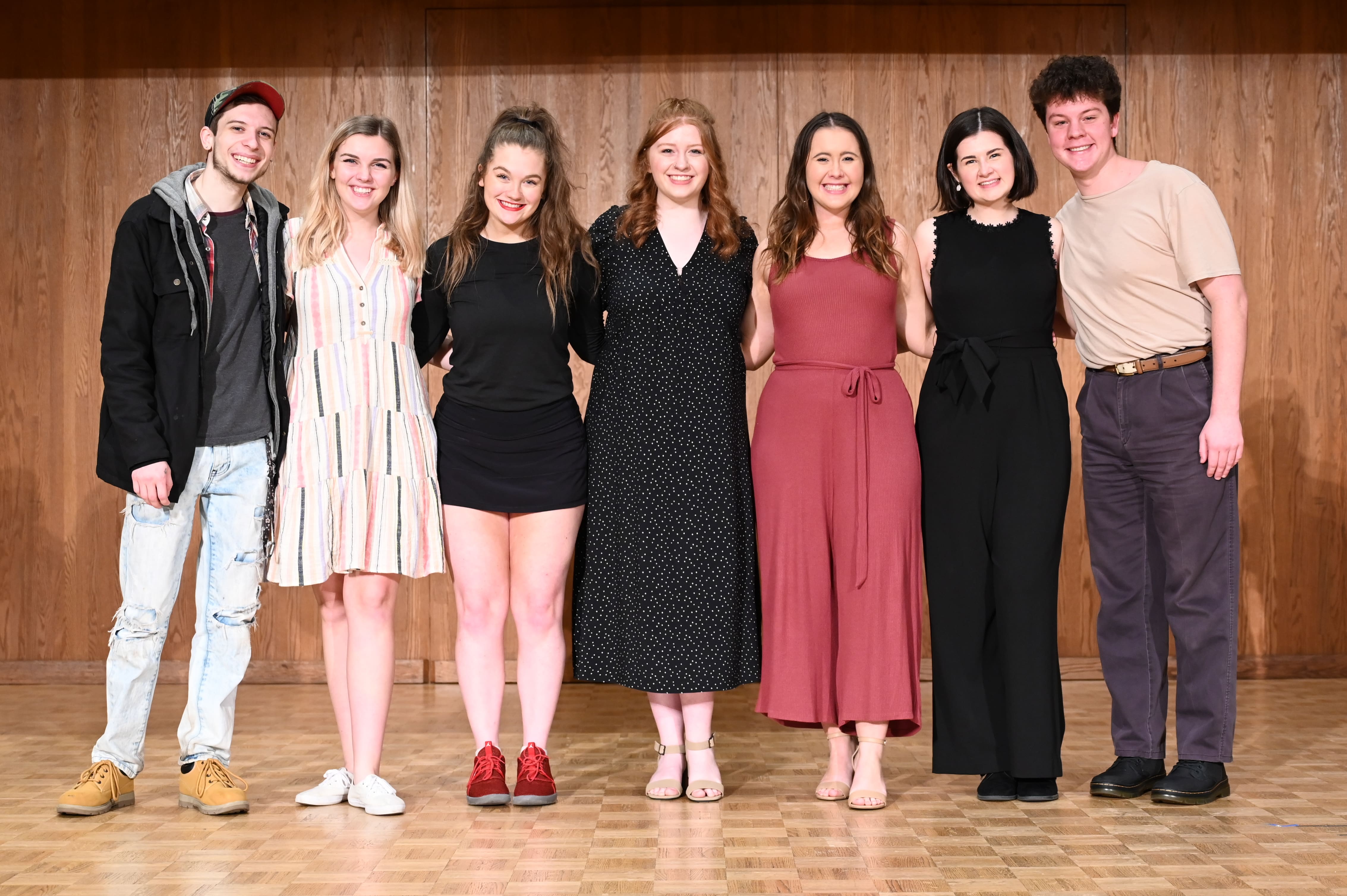 A total of 20 students participated in the competition, with four collaborative pianists assisting in their performance. Will Trice, Moriah Patterson and Caitlin Secrest were invited by the School of Fine Arts to judge the performance. Patterson and Secrest are Ouachita alumni, and all judges have won multiple awards in musical theatre.

“I definitely get nervous before any type of performance, but I felt so well prepared,” Mixon said. “My voice teacher Dr. Glenda Secrest has taught me to be a well-rounded and hard-working performer, so I felt ready.”

Campione was grateful to win first place and to share the success with a close friend.

“It’s an honor to tie with my recital partner, Payton,” Campione said.

“I love doing that song. It’s one of Ms. Monroe’s favorites to play. I’ve had that song since freshman year and she’s been playing it with me just as long,” Campione said.

Stahl, one of two fourth place winners, gave a performance of “Cute Boys with Short Haircuts” from David Kirshenbaum’s Vanities, with Kristen La Madrid as her pianist.

Erin Bagley, a first-time participant in the competition won third place for her performance of “Screw Loose” from Cry Baby. Bagley’s voice teacher is Dr. Garrett, and she was accompanied by Phyllis Walker.

“My song is very big and loud, so my favorite part was just having fun and hearing laughs from the audience,” Bagley said.

Each of the 20 participants developed close connections with their pianist and voice teacher as they worked to deliver their best performance. Two tied places speak to the talent within the Division of Music.