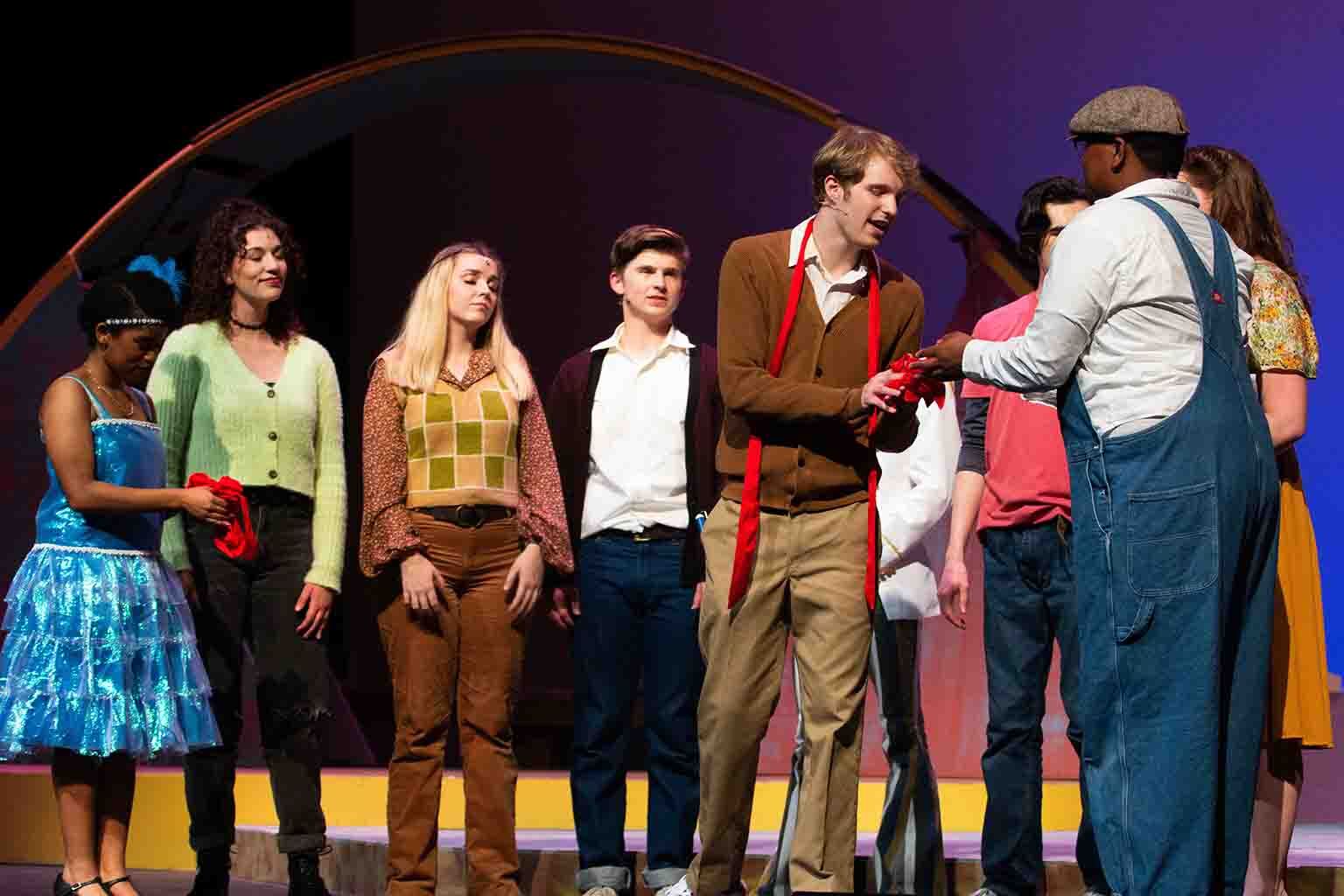 Jones Performing Arts center was abuzz this Thursday as the campus gathered to watch the theater department’s final musical for the semester, “Godspell.” The musical features a modern take on the Easter story, having Jesus’s parables, holy week, and the resurrection reenacted in modern scenarios. Raving reviews came from many who attended opening night. Senior Hyland Alfonso gave the show a 12 out of 10.

“I thought it was the funniest show that I’ve ever seen and probably the best one that OBU’s put on. I was captivated the whole time and I couldn’t stop laughing. I actually cried,” said Alfonso.

Assistant professor of theatre arts Stephanie Murry was also in the crowd. She declined to choose a favorite character as she is “biased toward all her students,” but did say that “We Beseech Thee” was her favorite number of the show.

“I thought it was fantastic, so much energy and passion,” Murry said.

The energy was felt by both the crowd and actors/actresses alike. Payton Mixon played the role of Cilesse, a girl from the 70s, and was excited to finally have an audience for the performance.

“It was so awesome but definitely way different than any experience I’ve had because the show solely focuses on everybody doing everything together. It was fantastic and it was so fun.”

The role of Jesus Himself was played by Junior Noah Warford. Warford put special care into his work in filling the sandals of our Lord and Savior.

“It was scary because I realized I’m at a Christian university and a lot of people here are 100% going to be judging me no matter what. They’re going to be thinking ‘Oh, how good is he?’ ‘Does he match up to what I interpret as Jesus?’ So, all I could do was what I felt was right for the character and the person,” Warford said.

“Godspell” was directed by visiting assistant professor Matthew Murry, who was very pleased by the performance.

“The moment tonight that really got to me that’s unique is when the three time-keeping signals come together to create the trinity symbol. Jesus is looking down on his disciples at the last supper and this is the last moment of him looking at them before he has to give them the bad news that he’s going to be betrayed and that moment came together beautifully by all the work that everyone’s doing.”

Murry also shared some fascinating insights into the audiences’ connection with the art of theater.

“The thing that maybe audiences don’t realize is that they are as much a part of the cast of the show as the cast because it’s not a true performance until we get the audience to share the connection, share the story, share the music with. They are the final piece of the puzzle to bring it all together.”