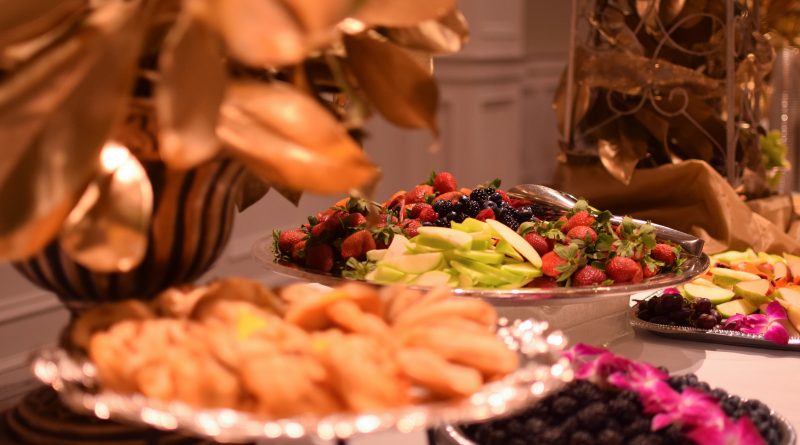 The Let’s Have a Ball Honors Seminar hosted the King’s Spring Ball on Tuesday, March 28. This replaced the Spring Swing event that the Carl Goodson Honors Program usually hosts each year. The idea for this event came from collaboration between the honors students and a few professors.

Adam Wheat, administrator of fine arts, teaches the seminar. When talking with students, they discussed the idea of dressing up and having a classically-themed ball.

“I had the idea of utilizing an honors seminar as a way to talk about a different period in history, but also to learn some event planning skills,” Wheat said.

One of the members of the class, Maggie Donnell, a freshman social justice and psychology major from Rogers, Ark., commented on the things they have learned in class.

“It’s really focused on eighteenth century French mannerisms, customs and everything that encompassed France at that time,” Donnell said.

During each class period, the students in this seminar learn a different aspect of pre-revolutionary French culture. The topics range from fashion to government structure and what planning a ball looked like back then. The individual students were each assigned a role in society, and they took on that role at the ball. There were members of the nobility and the bourgeoisie, peasants and servants.

“From there, you were divided up into groups and had to make your own character to develop the ball in its different aspects,” Donnell said.

These society groups also acted as teams. The nobles were the clothing committee and were responsible for studying fashion during this era. One of the major aspects of a ball was the fashion. Adapting the customs of that time to today’s average wardrobe was not an easy task.

Dylan Blackwood, a sophomore musical theatre major from Walnut Ridge, Ark., was one of the students assigned to work on the fashion side of planning this event.

“We had a lecture from a person earlier this semester, and she taught us about the styles of the time,” Blackwood said. “And we as a costume team got together and decided how we thought people could make these costumes themselves. Things like girls wearing their old prom dresses and guys wearing suit jackets and fancy shirts, and we helped them figure out how to do that.”

The students who came to ball had the chance to transform their typical prom dress or suit into a costume reflecting eighteenth-century trends. Several women donned their high school prom dress or found peasant-looking garb, while the men wore their pants legs tucked into a pair of long socks and suit jackets.

Another major component of a French ball was the dancing.

Hannah Saunders, a junior musical theatre major from St. Paul, Ark., was the choreographer of the event. Two of the dances she taught those in attendance were the minuet and allemande, both baroque styles of dance. At an event such as this, dancing was much more than spinning around to classical music.

“It was a very social-political thing,” Saunders said. “This is how you met people, how you got introduced to people, how you hob-nob with high society, and all the gossip was spread through dancing. The dances themselves are usually very simple and very close, so that you can talk to your partner.”

The event was a great success. There were about 75 students in attendance, plus the king. Upon arrival, attendees were instructed to make up a name for their character and were announced properly to the crowd. Several couples learned the era-appropriate dances to classical music. Dainty refreshments were also provided.

“I hope that they [the seminar students] have learned an appreciation for this period of time and some of the fun aspects of it,” Wheat said. “The opulence, the manners, the grandness of that time, but also how it led into the French Revolution, which was certainly an important time in history. . . I also hope that they had fun working together to put on a larger event like this, and I hope that they felt a little magic—just to step back in time into a different time period and just try out something new.”