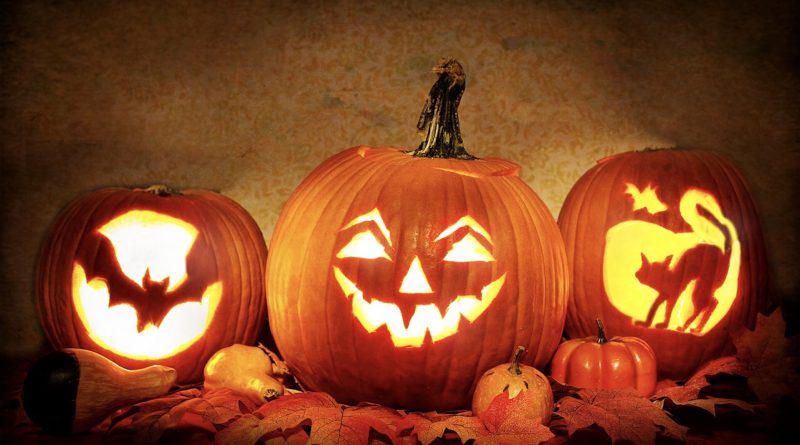 Halloween is finally upon us, meaning we have the perfect excuse to ignore all of our homework and watch our favorite scare-tastic movies! Need help finding a movie to watch in celebration of today’s holiday; here’s my top ten.

If you are in the need of nostalgia and a feel good halloween movie, this is the movie for you. The movie came out in 1998. It is about a girl named Marnie who does not know she is a witch because her mother sheltered her, but Marnie’s grandmother, Aggie, wants her to learn magic before she is too old. Aggie also has another reason for her granddaughter to learn magic because she believes Marnie can help save Halloweentown. Marnie and her siblings follow their grandmother without her knowledge back to Halloweentown to help save the day.

For a good psychological thriller with plot twists, Saw is the perfect choice. This movie came out in 2004, and it is mainly filmed in one location which is unique for a horror movie. Saw begins with Adam Stanheight and Lawrence Gordon waking up in a room, chained to pipes, and not being able to remember the events that occured before they arrived there. They are forced to play a game with the notorious serial killer Jigsaw to prove that they deserve a second chance to make up for their mistakes. While the game is afoot, Gordon’s family is being held captive and forced to watch the game from a closed circuit video.

If you are in the mood for a family friendly horror movie, this movie is the winner. This movie came out in 1991. A con man impersonates Gomez’ brother, Fester and tries to steal the Addams family’s money. This cooky little movie shows how far people will go to get what they want, and it shows how a weird family dynamic still loves and cares for one another.

4. The Nightmare Before Christmas

If you love Halloween, Christmas and feel good movies, this is the movie for you. The movie came out in 1993. The king of Halloween Town becomes with his holiday and ventures out to find something to fill the void. On his journey, he stumbles into Christmas Town and decides to hijack the holiday, but it puts both holidays at risk of existence.

For a creepy psychological horror, Coraline is the best choice for that category. The movie came out in 2009. Coraline is a little 11 year old girl who feels neglected by her family especially when they decide to move to a new city. In the new house, she finds a door that leads to a world where she finds her “other mom and dad.” They love her and want her to stay, but it would come at a cost.

For a gothic, suspenseful movie, “Edward Scissorhands” is the best fit. The movie was made in 1990, and it was the first collaboration between Johnny Depp and Tim Burton. The movie has a frankenstein theme to it. A Inventor creates Edward, but before the Inventor could finish, he dies leaving Edward to have scissors for hands. He is later on taken in by Peg after living a life of isolation, and he falls in love with her daughter. However, his hands cause things to go downhill quickly.

For a feel good, non-horror movie, “Casper” is the perfect pick. The movie came out in 1995. Casper is a friendly ghost who falls in love with Kat Harvey, the daughter of James Havery who is specialist that communicates with ghosts. Casper’s transparent state makes it hard for him to form a bond with Kat.

For a comedy, kid-friendly horror movie, “The Haunted Mansion” is a good choice. The movie came out in 2003. A realtor named Jim Evers decides to take his family on vacation since they do not spend a lot of time together. Evers has to go look at a listing he is planning on selling only to find out that the mansion is haunted by Master Gracey. While attempting to escape, Evers learns just how important family relationships are and tries to save the day.

9. The Silence of the Lambs

For a psychological, gore thriller that is based off a true story, “The Silence of the Lambs” is your best option for this category. This movie came out in 1991. With an active case looking for serial killer known as Buffalo Bill, Jodie Foster seeks help from Dr. Hannibal Lecter who is a respected psychiatrist who is imprisoned for cannibalism and murder. Will this brilliant serial killer be able to help catch another one?

For a good mix of a creepy, weird psychological horror, this movie is a winner. The movie came out in 1980. While dealing with writer’s block, Jack Torrance becomes the caretaker of the Overlook Hotel in Colorado. His family settles in, but soon after, his son, Danny, starts having visions. They gradually become worse over time, and Torrance, himself, turns into a homicidal psychopath on a rampage to kill his family.