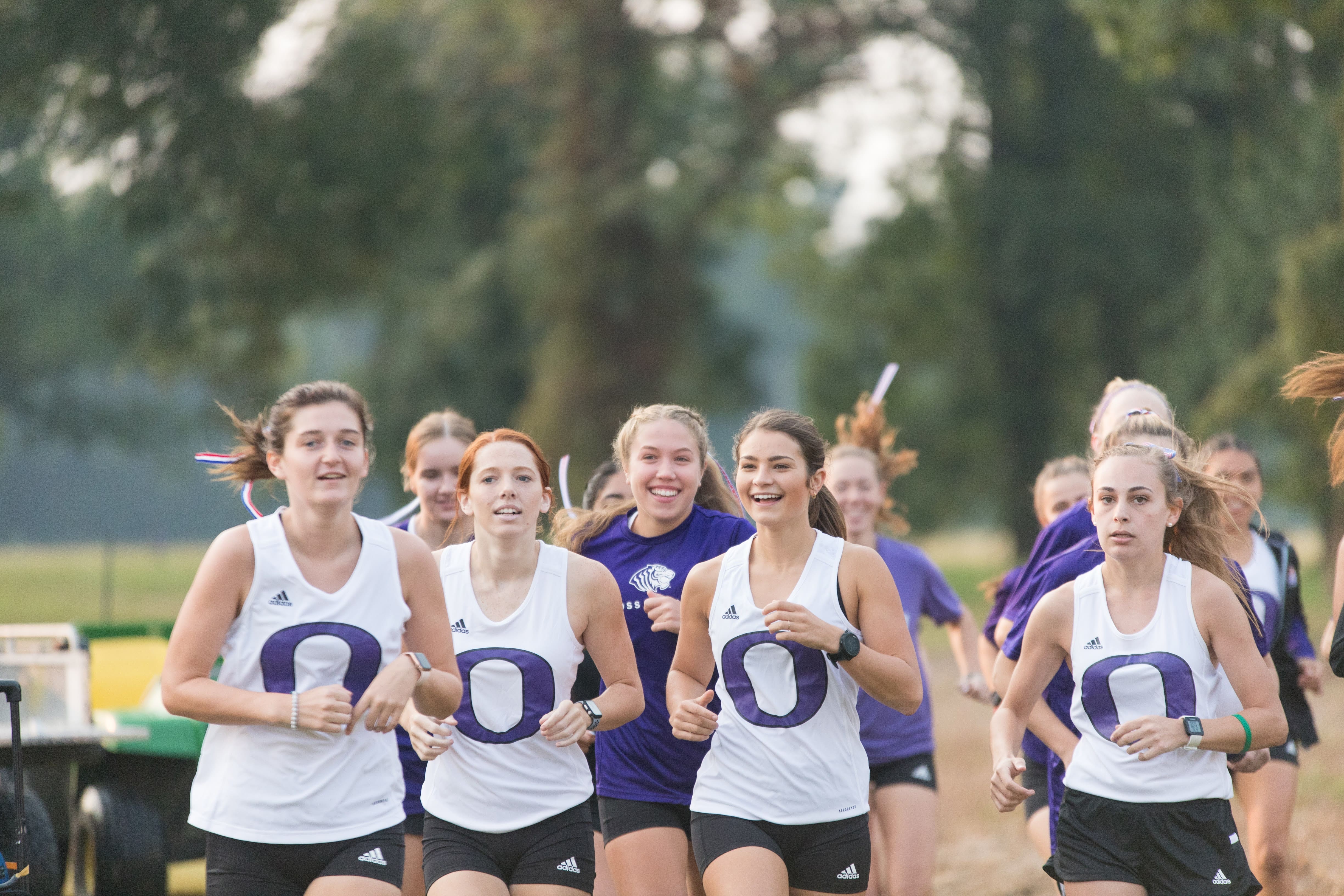 Ouachita is well known for many things: academia, alumni and athletics. But, excellence in each of these areas did not happen overnight.

This fact remains relevant for the men’s and women’s cross country teams at Ouachita. Both teams took much time and hard work to build up to what they are accomplishing this season.

Steve Guymon, head coach of the women’s cross country/track and field team was hired in the fall of 2019 to coach the women’s team. When he arrived there were only seven girls on the team, but that was all he needed.

“At the beginning it was just the girls. We grew from seven to 25 the next year and this year counting the guys we are right at 55 people,” Coach Guymon said. “It’s been about two years’ worth of work.”

“When I first met the seven girls I told them that I hope they can look back on it (their time on the team) and be very proud of what they have done,” said Guymon. “And I think we are headed in the right direction.”

Of that group of seven, there are only three still currently attending Ouachita. Kristen Holeyfield, Grace Loftin and Kyndal Moyer are the three remaining and the only seniors on the women’s team.

“We always had so much fun and made so many great memories, but being a smaller team there was little we could do competitively, and one of our team leaders, Jorie Beaumont, wanted more than that for us. We all did. So, we presented this to Dr. Sells,” Loftin said. “Looking back, I had no idea that this would bring us to where we are today, but a few weeks after that initial step we were being introduced to a new coach who had an entirely new training plan and high goals for our program.”

About a year ago Dr. Ben Sells approached Coach Guymon asking him to reestablish the men’s cross country team on campus.

“We haven’t had a men’s program here in 21 years,” Guymon said. “We’re basically starting from scratch.”

Guymon was not alone in this endeavor, though. With the help of the team, he began recruiting students already on campus. One of those students was senior Dawson Goodwin.

“At the end of my sophomore year Kristen Holeyfield and the cross country team started talking to me about running. I joined the team with about four other guys, we practiced that summer and the next year it was us four and two freshmen,” Goodwin said.

The men’s team continued to grow and are now starting the 2021 season with 17 members.

Because the women’s team ran in the previous seasons, they are already established in the Great American Conference.

“Last year we finished fifth, really should have been fourth (in the conference),” Guymon said. “So that kind of hit me the wrong way.”

This season marks the men’s team’s first appearance in the GAC, so they were not ranked going into the season.

As they prepared for the season, both the women’s and men’s teams felt that they had something to prove. The women’s team wanted to prove the rankings wrong, and the men wanted to establish themselves for the first time as a force to be reckoned with.

It was during the first two invitationals of the 2021 season that the Tigers showed the GAC who they are.

“If we have a great day, I think top three is very possible for both teams, which would be a huge accomplishment for our program. If it’s above that it’s even bigger,” Guymon said.

The GAC championship in October is the goal for both teams. As Guymon compares where he started with both teams to where they all are now, he is blown away by the progress.

“Looking back when I first walked in the door to meet that first group and to see where we are now. I’m not even sure I thought we’d be at this point,” Guymon said. “I’m just really proud of the team that I have. I’ve been blessed with a good team.”