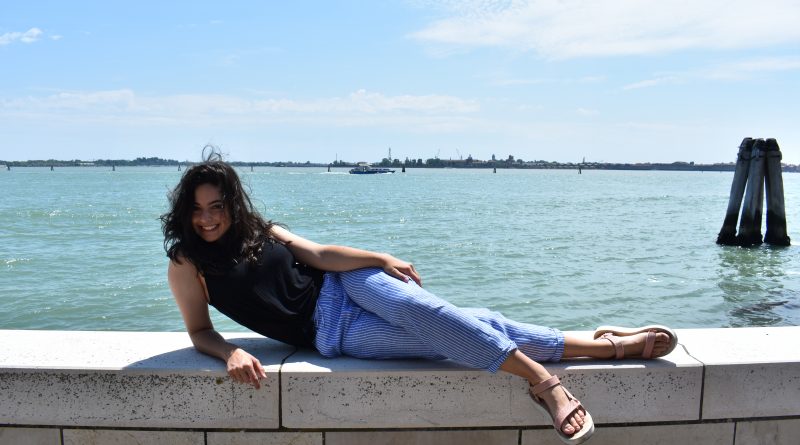 After months of hiding under the rock of final exams, paperwork, last minute deadlines, and Trapp candle boxes stuffed with my life packed up for the long trek home ;), I’ve finally emerged back into the world of Addytude. My feet are steady on American soil again, ready to tell the silly and hard and thrilling tales of the past three weeks of my life. Bear with me people. You’re in for the trip of a lifetime. (Pictured: me and K in Dallas, about to board our flight to Rome.)

My boyfriend Will asked me on the ride home from the airport if I could describe my time spent studying and travelling in Europe in one word. In that moment, I think my little jetlagged mind forgot every single word in the English language. All that kept popping up was “grazie” or “merci” or “lasagna.” As I write this, I cannot even remember what word I settled on telling him. However, four words are prominent whenever I try to formulate a summary of my life in Europe to tell anxious listeners back home. Trip of a lifetime.

I don’t know how else to describe it. People keep asking what my most memorable experience was, what my favorite place was, how beautiful everything was…and there’s just so much. So many hard nights, so many beautiful moments, so many silly conversations…how do you choose just one? Just two? The easiest thing is to be vague and leave it at the fact that this trip was definitely a trip to remember.

Throughout the trip, whenever something big would happen, I would turn to my best friend, Keleigh, and say, “Well, today was definitely a day.” She would always roll her eyes and answer, “Yes, Addy, today was a day…and so is tomorrow and the day after that.” She acted as if she didn’t understand the emphasis I’d place on a day, but I think she understood. All I meant was that there were no accurate words to describe the feelings and things we experienced in that 24-hour period. So, all we could do was leave it vague. Open to interpretation.

And that’s why a trip of a lifetime is the one and only way to describe the three weeks I spent in Europe. Because there are too many stories to make an accurate depiction of how the trip went. Not just one moment embodied the entire time, but all the little and big moments every single day, painting a mountain range of a picture of such a special, teaching time in my life. THEREFORE, I’m here to tell the stories that made me smile and laugh the hardest and sweetest. Because these are the moments I want written on my heart forever and always!

One of the most precious times on the European Study Tour was the length of Louis Armstrong’s beauty, “La Vie en Rose.” We had just had a rough, rough night of travel, our hotel wouldn’t let us check in, and we were scheduled to visit the Eiffel Tower and a few other sights before we could rest. The Eiffel Tower was a dream all of us were just waiting to come true, and we couldn’t help but be disappointed that this dreamy moment would be accompanied by absolute exhaustion, motion sickness, and grimy bodies and attitudes. As we navigated through the Paris underground rail system and walked through construction toward the Eiffel, I tried to snap myself out of the terribly depressing mood I had fallen into. I called my mom on a bench in front of the Eiffel and had to blink back tears as an overbearing salesman intruded upon the privacy of that short moment, forcing me to stand. I hated everything about that moment…the moment I saw the Eiffel Tower and all I could think about was laying in the grass and sleeping. Heartbreaking.

We waited in line for a short bit, and finally, we packed ourselves into an elevator headed for the second tier of the Eiffel. The elevator moved slowly, and I stood by the glass, watching our progress up the ginormous tower and catching the very first view of all of Paris, France. It left me silent and wishful for all the people I wanted to be standing beside me in that moment.

Once on the tier, we spent our time leisurely leaning over the rails, peering at picnickers and tiny cars and pointing out the Arc de Triomphe. There were boutiques in the middle, where I rummaged through Paris playing cards, beautiful stamps, and Eiffel Tower shaped toothbrushes (you’re welcome, Gabe!!). While I’d love to say the exhilaration that was being on the top of Paris pulled me out of my funk, my friends and I still stood, leaned up on the tower, and admitted how exhausted and down we were. Despite the beauty around us, we were letting this dream float away!! But then sweet Ethan pulled his phone out of his handy-dandy travel pack and turned on the Louis Armstrong song. At first, it seemed silly. But then, it seemed perfect. There we were. Standing on the Eiffel Tower. Looking at Paris, France. With four of the best people I know. Listening to one of the dreamiest songs there is. It was one of my moments I want to catch like a lightning bug and keep shining in a jar forever. (Pictured on left: me and K on the second tier of the Eiffel the day we got to Paris. On right: Ethan playing our song!)

“Why were you in such a bad mood when you got to Paris, Addy?” one might ask.

I’LL TELL YOU WHY!

I had just spent 14 hours on a train.

Now, that doesn’t sound too bad, does it? Well, let me break it down for you so you can better understand.

We started in a few earlier train cars, walking through air conditioning and peering into the rooms with sheet-clad beds, sinks, chairs, and tables with plenty of overhead luggage space. As we continued through the train, the temperature slowly reached suffocation levels, the halls got seemingly more narrow, and the air became very sour. It was almost like walking through the class compartments on the Titanic. If this train were to go down, we wouldn’t get out. I would succumb in the peasant class. We arrived at our room. It honestly was approximately a 5by5 hole, with six “cushioned” boards for sleeping. (The middle “bed” was folded against the wall so we could all sit “comfortably” until bedtime.) Us six girls rolled our sleeves up and began the sweaty job of lifting as many 50 lb. suitcases as we could fit seven feet up in the air. Once everything was put in its place, we all sat, acquainting ourselves to the furnace-esque temperature and the smell of each other’s feet. I literally fought back tears.

After taking about half an hour to fully get “settled” in, all six of us girls piled onto the lower bed and calmed down, waiting for the conductor to come by. We were in contact with the others in our group, and we began to hear word from them that they, alongside the collection of their travel documents, received a kind smile, a free drink pass from the dining car, and a breakfast pass for the next morning. Like any human who had paid the same fortune to come on this trip, we expected the same!

As what seemed like years passed with our passports still in hand, the room got hotter and stuffier. We realized that there was a vent right outside our door that puffed out the breath of a dragon they kept below our room. I honestly may have gotten a third-degree burn from it. We opened the window in attempt for air flow, but the train was moving too fast for that to help. The open window became our sound machine.

Finally, the conductor arrived at our door. He stuck his hand out: “Passports.” We soundlessly handed them over (I really didn’t want to. That was literally my ticket home, and at that point…I couldn’t afford to take any chances.) In a monotonous voice, he quickly recited words about when and where the train would stop, keep your doors locked, have a good trip, etc. He briskly turned to leave, and we stopped him to tell him about the lava fountain they had in place of our air conditioning. Without any hesitation, he said “yes, I’ll check,” and he was gone. Never to be seen again.

Did you also catch that we didn’t get those blessed meal cards??? Exactly. You must see my point now. Thankfully they gave us a free bottle of boiling water, so blessings on that. Moral of the story? Never. Again. Will. I. Take. A. Train. (Pictured on left: the beautiful train room. On right: Sam about to snooze after the boys so graciously offered for us to spread out in their room. #true #friends)

LAST BUT FOR SURE NOT LEAST. THIS ONE GOES OUT TO MY SOUL SISTER: the Keleigh Shands.

At the end of this whirlwind three weeks, Keleigh and I were probably big-time on each other’s very last, thin and fragile nerves. We had gone through days and days and days of waking each other up, making sure we had paid each other back for gelato, little “tizzies” of disagreements, crazy moods, somber moods, tears, laughs, “I’m Not a Pean European” caption giggles and the adventures of Tommy and Tammy the Tummies. While our hearts were tired, they never truly can get tired of each other.

So, one night in London, we came back from a museum and decided we needed time to recuperate in our hotel room. As I laid on my bed, thinking about the sweet fact that we were going home the next day, Keleigh decided we needed a dance party. It started out as a calm, lip sync performance, sitting on the edge of her bed. However, by the chorus of the first song, it had turned into a full-fledged BATTLE of a dance party. Songs of empowerment and sisterhood and “good vibes only!!!!!!” We were jumping on those little beds in rooms with thin walls, ignorant to the fact that we definitely had neighbors above, below, and around us. But the songs kept coming! The dance moves kept flowing! The smiles kept growing! (Pictured: K in the peak of a very moving song.)

My trip to Europe was both good and bad. But I could talk about the beautiful moments way longer than I could the hard. I got to travel the world with Keleigh, the queen of steadfast joy and optimism and good/bad ideas. I got to learn new friendships with some really Jesus-driven, witty, and kind people. And I got to explore creations made by the hands THE Creator created. Every single second was unmatched.

There are more so many more stories to be told. I just need the time to write them. Until the next storytime…