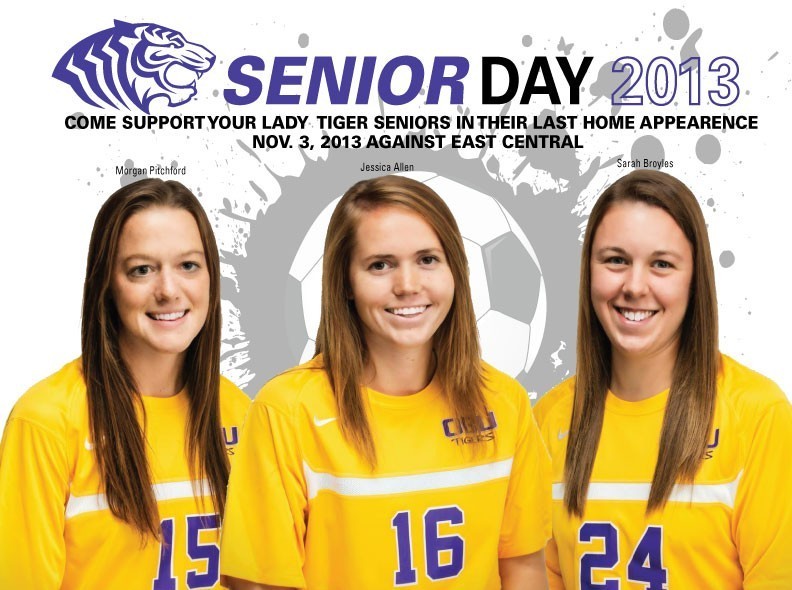 The Ouachita Lady Tigers ended their regular season on Sunday, with a 4-0 win against East Central University.

Ouachita’s Morgan Pitchford opened up the scoring for the Lady Tigers with a goal in the 30th minute. The Lady Tigers maintained possession of the ball for most of the half, and Broyles was needed to make only four saves. Pitchford’s goal was the only score of the half.

The second half featured a scoring frenzy from the Lady Tigers. Six minutes into the half, Tristan Mazzu scored the second goal for OBU off an assist from Barbara Pascale. In the 83rd minute, Haley Hatcher joined in with a goal, assisted by Sarah Luttrell. Five minutes later, the Lady Tigers scored once more when Kaitlin Asher recorded an assist on a goal from Pascale. The match ended with the Lady Tigers on top, 4-0.

The match on Sunday was Ouachita’s Senior Day, in which three Lady Tiger seniors were honored.

Senior Jessica Allen has played four years with the Lady Tigers, scoring 19 goals and seven assists. She has played in 65 games starting in 54. She will be graduating with a degree in history and hopes to go on and work in non-profit organizations.

Senior Sarah Broyles has played for the Lady Tigers for four years. She received Goalkeeper of the Week this season and has 84 saves. She is ranked 14th in the nation in save percentage. She plans to attend graduate school after graduation.

Senior Morgan Pitchford has played four years with the Lady Tigers with 14 career goals, nine career assists, five game winning goals, and has started in 64 games. She received offensive player of the week award in 2012 and Student-Athlete of the Year nominee in 2012. She plans to attend physical therapy school upon graduation.