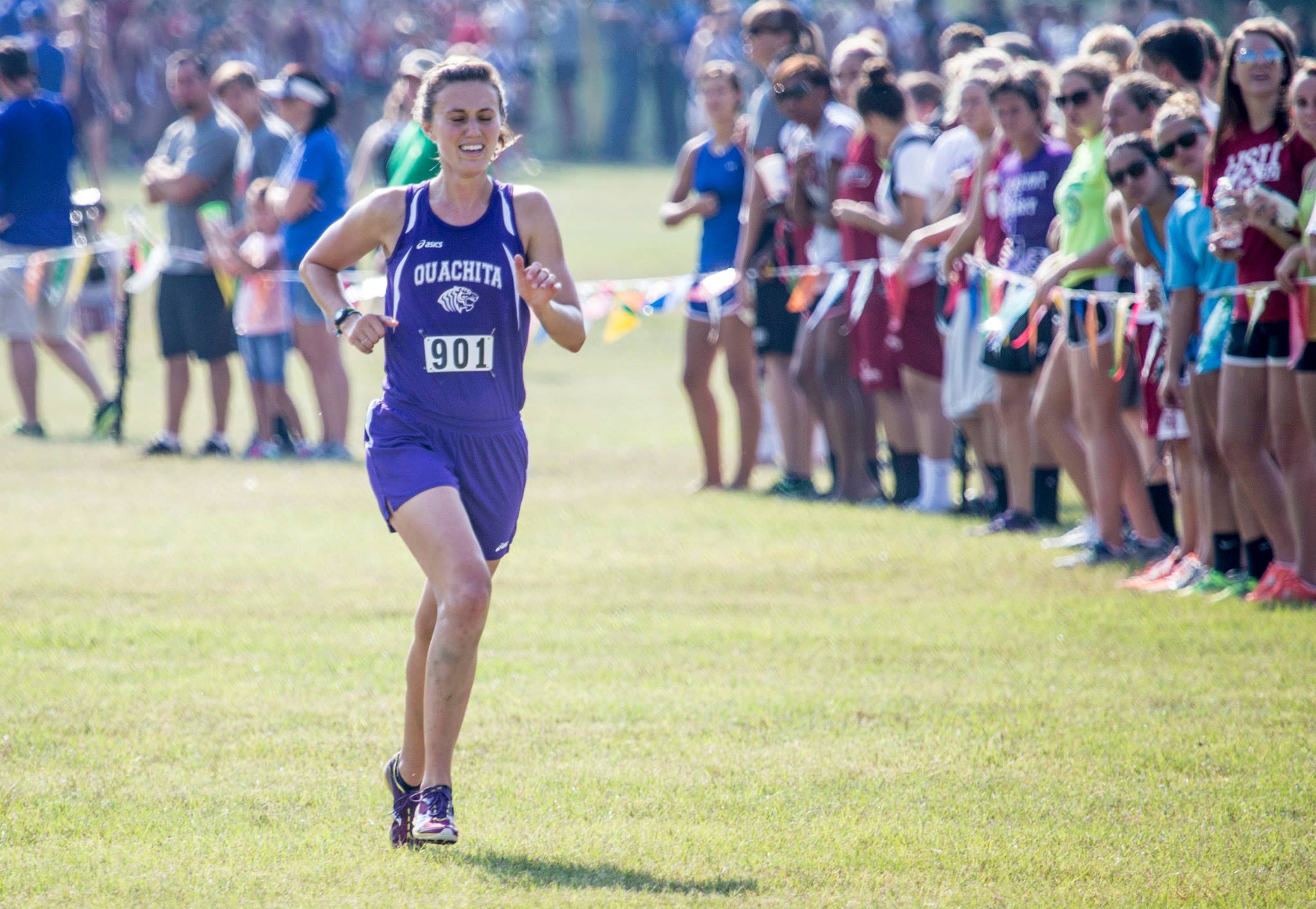 For Ouachita’s cross country team, it is an unusual occurrence and an amazing feat when, in a sport that honors the individual, everyone walks away successful.

What is exactly what happened, however, at the Bob Gravett Invitational held in Arkadelphia, Ark., on Sept. 7, when every runner on Ouachita’s cross country team placed and took home awards.

“We won as a team,” said Johanna Casey, a senior kinesiology and fitness major.

Casey has been running for the Tiger’s cross country team for the past three years and placed first overall in the race last Saturday.

The scores of the Ouachtia runners who placed in the top five added up to 21, a total score that put Ouachita’s cross country team in first place to take home the winning plaque.

The top 10 runners received T-shirts and the top 20 took home medals, meaning that no one on Ouachita’s team walked away empty-handed.

Other Ouachita cross country runners who did not compete in the Bob Gravett Invitational include, Hannah Diaz, a senior history major, and Crista Riggs, a senior chemistry major.

“I love running, the Lord has blessed me with a hard work ethic and some natural ability,” Casey said. “But better yet, He has surrounded me with girls that overflow with His love.

Running will never be eternally significant, but the relationships I build because of it will.”

One of the players on the tight-knit team is Engelkes.

During her three years here at Ouachita, Engelkes has been a part of its cross country team, but at one time she was happier on the track than on the field.

“I was more of a track person in high school,” Randels said. “If you had asked me if I would run cross country in college, I would have said, “No way,” but here I am running cross country with no track.

I loved track, but have grown an appreciation for cross country since college.”

Like Randels, students here at Ouachita may need to warm up to cross country.

“[Cross country] is not a relatively new sport to OBU,” “It’s just that most people don’t know about it.” Casey said. “I would just like to encourage people to support all of the student athletes. It’s hard to be involved on campus with other things outside your sport.

Sports demand a lot of time and energy. I would encourage students to reach out to the athletes in all sports.”

For Casey, her teammates and other Ouachita athletes, support from fans can make all the difference.

“I couldn’t wipe the smile off my face from all my friends at the OBU meet, even though I was exhausted,” said Casey. “It meant so much to me, I felt so loved and blessed to have such encouragement.”

The college women participating in the Bob Garvett Invitational ran a total of five km without stopping and without the fanfare that accompanies many other Ouachita sports events.

“It’s difficult and can get hard if there’s no one cheering at races,” Randels said. “[Cross country] just needs to be recognized more. We are fairly good in our conference even though we have a small team.

We only have one race at ‘home’ a year and people just need to come out and share support.

Bring your friends and go out to the intramural course on race day and just socialize, cheer, run around and have fun.”

The next closer-to-home game is on Sept. 28 in Clarksville, Ark. For more information, visit