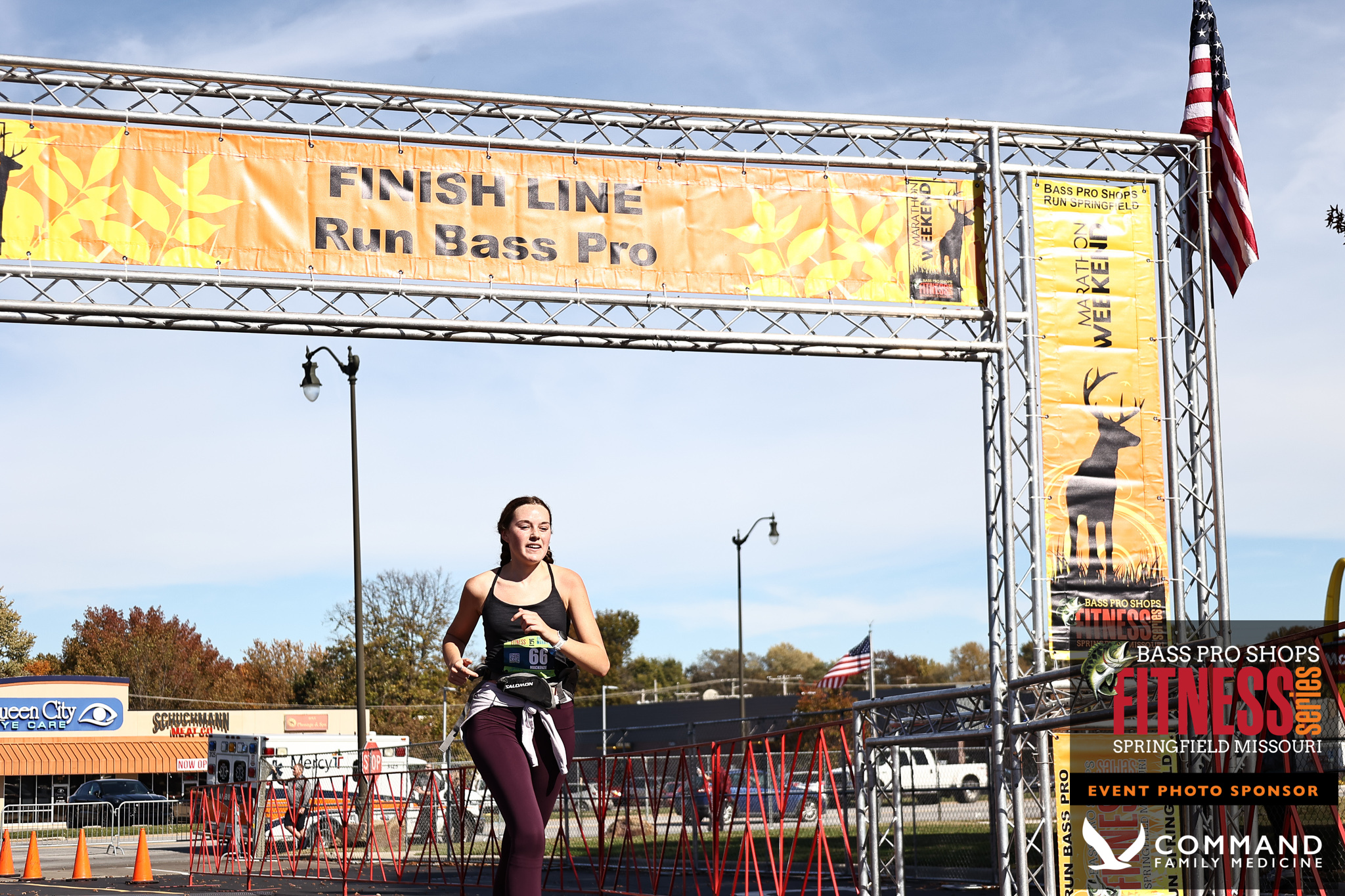 Mackenzie Hall, a senior communications major, was bound and determined to run a full marathon. Having completed two half marathons in the past, she was up to the challenge of running an entire 26.2 miles.

Hall spent nearly four months training for the day of the race, preparing physically and mentally to run such a long distance.

“Every week you would build upon the past week, so I would go forward one week, but the week after, I would take two steps back to rest my body,” Hall said. “Jumping back into it after the week of pulling back on mileage and then adding more was really tough.”

Luckily, Hall didn’t always have to train on her own. Judy Duvall, Director of the Elrod Center, would bike alongside Hall and encourage her as she ran some of her longer distances.

“Mrs. Judy Duvall would bike with me as I ran 16 and 18 miles,” Hall said. “She was super supportive because she is one of the only two people in my entire life who understood what I was going through and just how hard it is.”

Although Duvall was with Hall through some of her training, Hall had to endure most of it alone.

“Being alone was really, really hard. I didn’t run my 16 or 18 miles alone, but I ran my 20 mile alone, which was difficult, and I ran it in Little Rock all by myself,” Hall said. It was hard mentally because it felt like the run was taking forever, and I was stopping a lot to fill up my water, but it actually helped a lot in my marathon because the marathon was run by myself, so I kind of needed to be lonely in order to run that by myself and be okay with it.”

“The whole week I had a pit in my stomach because I was leading up to it,” Hall said. “I kind of knew I could do it, but honestly, a part of me doubted if I could do it. I prayed about it a lot because there was just no room for me to be nervous. I prayed that the Lord would give me mental strength and to block out any insecurities I had.”

On the day of the race, Hall woke up at 4:45 a.m. and prepped for the day with her family by her side.

“My grandpa read a scripture over me the morning of the race, which was really funny because it was the scripture of the day, and it was from Psalm about the Lord being the light to your path,” Hall said. “We thought it was cool because it was like the Lord lighting my way for the day.”

Hall believes that she was able to conquer the race with the support of her family.

“Along the run, my family would be there with these really funny signs, and I think that’s what motivated me, just seeing my family,” Hall said. “I knew I had to keep running because I had to get to the next mile to see them.”

Making it to mile 26 was a surreal moment for Hall because it meant much more to her than just running a race.

“The sign for 26 pops up and you’re so close, but I just started sprinting for my life, and I crossed the finish line in tears,” Hall said. “I just couldn’t stop crying because I was so tired, but also, to know that I could do something hard, and I can do other things in life that are really, really hard. It’s okay to do things out of fear and walk away feeling stronger and more confident in yourself.”

While running a marathon has proven that Hall has an incredible amount of endurance, it’s also shown her that she is strong in more ways than one.

“Running a marathon has really set me up to feel equipped to do other hard things and know that I’m going to survive,” Hall said. “Because if I can run 26 miles, then I can survive other things.”