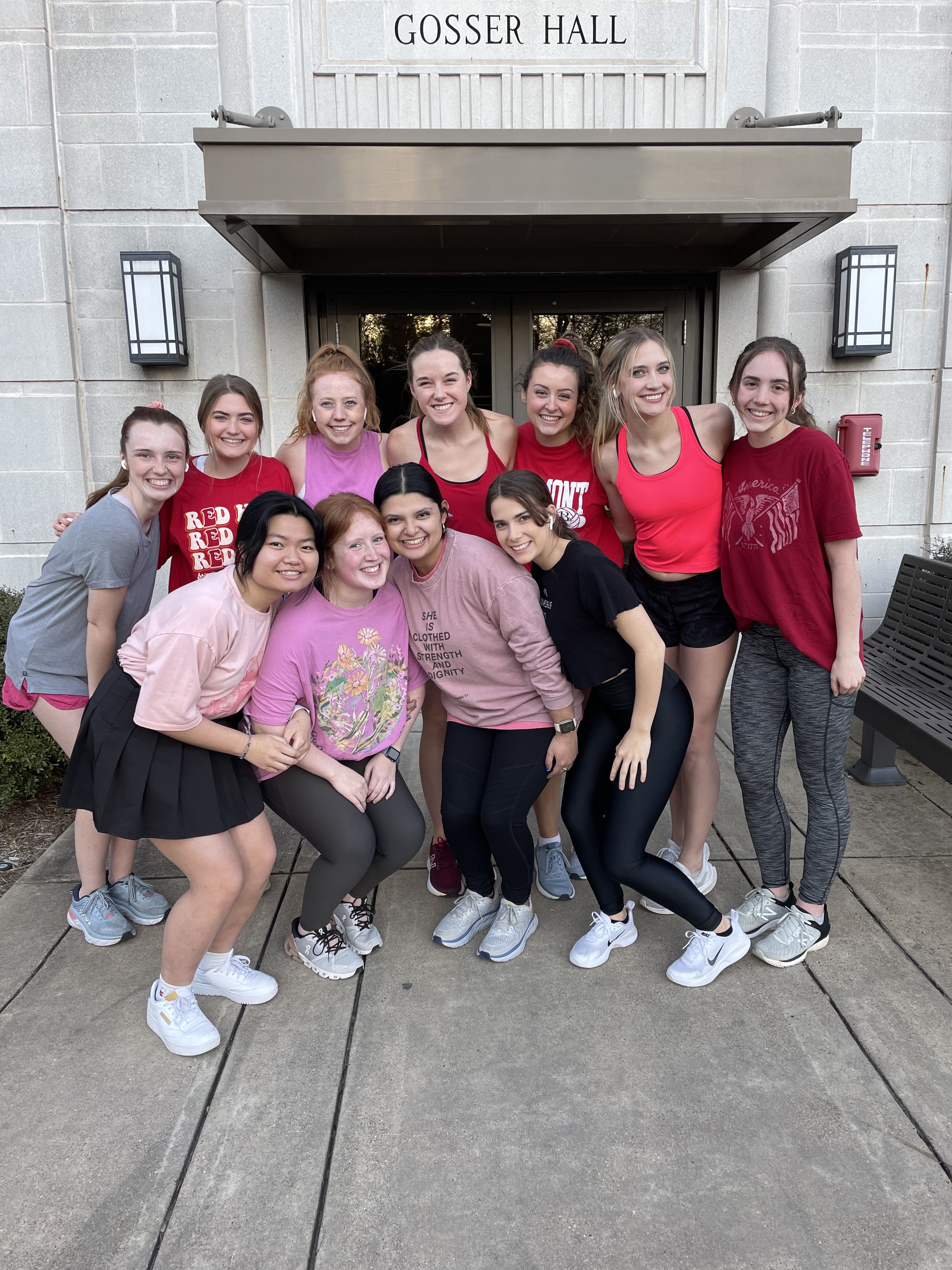 Senior communications major MacKenzie Hall was training for a marathon last semester when her good friend tagged her in a giveaway for a new pair of running shoes from an Instagram account. Now, almost four months later, Hall cannot believe what this simple giveaway has cultivated in her life. That account was Healthy Celebrations, which was founded last year by a University of Georgia student and has quickly spread to over 20 college campuses.

Thanks to Hall applying for the program in December, Ouachita has become one of them. Healthy celebrations is simply a run club for anyone who wants accountability, encouragement and community.

“I do want everyone to know that it isn’t just for people who run, seriously you can walk. I just want people to get outside, be active and be with other people,” Hall said.

The club meets twice a week, Mondays at 6 a.m. and Thursdays at 5 p.m.

“Healthy Celebrations is open to anyone who wants to create healthy habits and get moving outside,” Hall said.

Hall hopes the club will expand, but she is already overwhelmed with the involvement and feedback since the club started.

To join Healthy Celebrations, the process is simple: just show up. The GroupMe can be joined through a link in the club’s bio on Instagram (@healthycelebrationsobu), but that is not necessary to take part in the fun.

Because of Healthy celebrations, Hall has made friends with other Ouachita students as well as run club leaders across the country that have established their own chapters on many college campuses both small and large.

“Healthy Celebrations is so cool because it really is just connecting people all over the United States, girls are getting out and running coast to coast,” Hall said. “It has been so exciting seeing people get excited about Healthy Celebrations, even when they don’t really love running, but they are excited to do it with others.”

Be prepared to see Ouachita’s Healthy Celebrations students out for a run every Monday morning and Thursday evening, and don’t be afraid to join them.