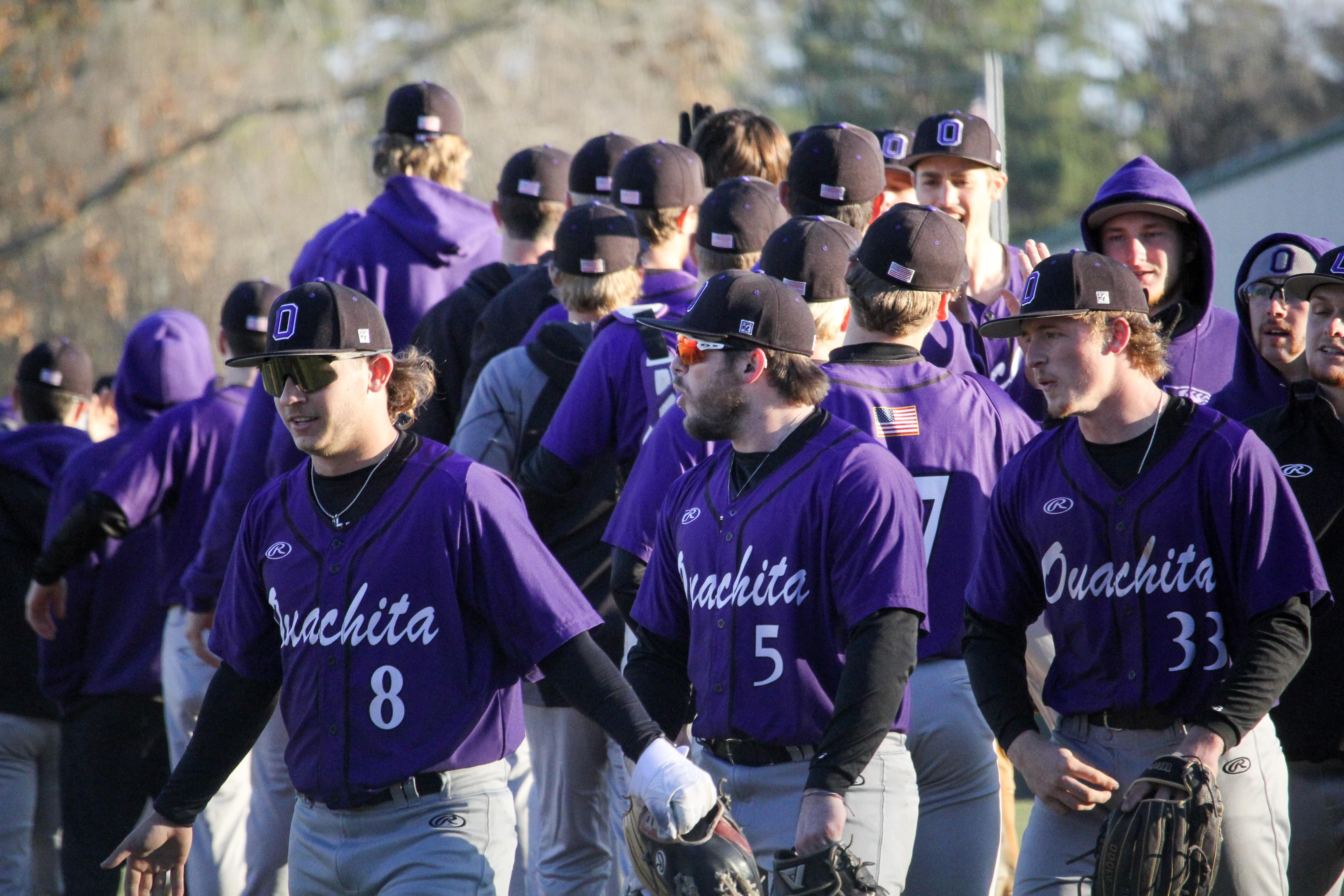 G. Allen helped close out the game against Pitt State University this past Saturday with a three-run homer into right field in the bottom of the eighth and a pick-off tag in the top of the ninth getting the final out to seal the Tigers 10-9 victory over the Gorillas.

Pitt State was ahead in the first three innings. With two RBI singles, the Gorillas took an early 2-0 lead. Moving into the third inning designated hitter Jordan Maxson had an RBI double, then Center fielder Aaron Gerdes hit a home run with one man on base giving Pitt State a 5-0 lead in the middle of the third.

Ouachita had a total of four hits through nine innings, but with some smart plate appearances the Tigers gained 11 walks throughout the game. In the third, left fielder Isaac Nowell hit an RBI double into right field allowing Pierce Mitchum to make it to home plate for the first run of the game for Ouachita. Allen hit a sacrificial RBI grounder to first, allowing all runners to advance with Ben DePriest scoring the second run for the Tigers. With the final scoring run of the third, Cade Burris hit a sacrifice fly, giving Nowell the chance to tag up on third and run home. The score was 5-3 at the end of the third inning.

Pitt State scored again to go up 6-3 in the fourth. The Tigers followed suit after getting two on base with a single and walk. Then a wild pitch from Gorilla player Paul Panduro allowed Ouachita to sneak in a run leading to a score of 6-4. What followed with a runner on second, was a total of 12 balls giving Ouachita two more runs to tie the game with a score of 6-6.

Pitt State scored another run retaking the lead 7-6 in the top of the fifth. Along with a two-RBI double in the seventh, giving them a 9-6 lead.

After leaving three runners stranded in the top of the eighth the Tigers changed sides, having two innings to tie or take the lead.

On the last out of the inning, Arrington on third and Mitchum on second, Allen stepped to the plate. On the first pitch, Allen sent a rocket toward right field over the fence, giving Ouachita the 10-9 lead in the bottom of the eighth.

The Tigers closed out the ninth inning, allowing one hit with two strikeouts and a tag from Allen in between third and second base to close the books on the game with a score of 10-9.

The Tigers lost their game against St. Cloud State with a result of 8-5 on Feb. 13. They went on to win all games in the three-game series against Southern Nazarene University Feb. 18-20. This was the first GAC conference series of the season.