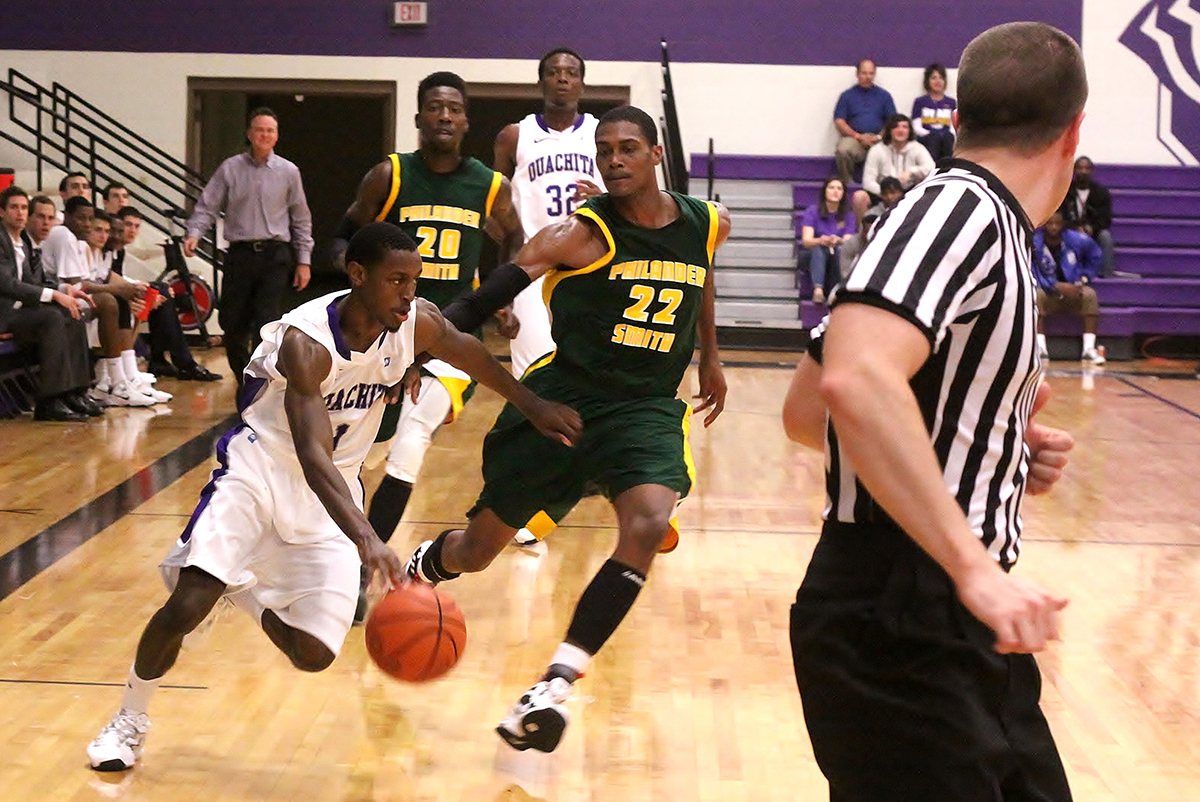 As the end of football season is swiftly approaching, so too is the start of the college basketball season. This year, the Ouachita men’s basketball team, under second year Head Coach Dennis Nutt, are poised to make a run at the Great American Conference, with nine returning players, two transfer players and an incoming freshman.

Ouachita had two exhibition games this year, splitting the two. In their first bit of pre-season action, they downed Philander-Smith in a shootout, winning by a score of 114-101. Their second game saw a tough second half for the team though, resulting in a 71-60 loss to Division I Southeast Missouri State.

This year, the Tigers return what was practically their starting five from the 2011-12 season with Nigel Ramsey, Julian LaDay, Austin Mitchell, Michael Morris and Dave Day. Nutt thinks that the team’s experience, coupled with the level of talent on the team, is a successful formula as their first regular season game approaches on Friday.

“Experience is something that is valuable. You’ve got to have it,” Nutt said. “You can’t ask for more experience than what we have and hopefully we can use that to our benefit.”

Newcomers on this year’s team include Micah Delph, who comes in after a year at Division I Stephen F. Austin, Kyle Fischer, who comes in as a junior after two years at NAIA Lon Morris College, as well as Jamarlin Jackson, who is the only freshman on the team and is also on the Ouachita football team.

Fischer and Delph saw substantial playing time in the team’s two exhibition games, with Jackson not yet joining the team due to football, but Nutt doesn’t feel like he can really gauge the amount of playing time that his guys, new or old, are going to get this year.

“We tell our guys that they define their roles each and every day,” commented Nutt. “I can’t say right now that this guy’s going to play 20 minutes and this guy will play 15. Hopefully as we grow as a team, those roles will be defined.”

Last year’s squad posted a 16-12 record, with an 8-8 mark in Great American Conference play, but their postseason play said it all. The Tigers made it to the semi-finals of the GAC tournament, only to fall to Arkansas Tech in heartbreaking fashion.

If last year’s statistics are any indication though, the Tigers return the majority of their scoring load with their starting five. LaDay, Ramsey, Mitchell, Morris and Day combined for an average of 52 points per game last season.

Nutt feels that this year’s team is full of excitement and he thinks that an increase in attendance at home games can only add to it.

“If you haven’t seen a game at Bill Vining Arena, we encourage you to come out,” noted Nutt. “I think it just takes one game to see what we are doing here and the excitement that we are generating. What we had (at home) last year was outstanding.”

He continued by saying, “I’ve seen every conference arena, and Harding is good, but I think that Vining Arena is right there next to them.”

The Tiger men’s basketball team begins their quest for the 2012-13 Great American Conference championship on Friday, when they host LeTourneau University. Tip-off is scheduled for 7 p.m. in Bill Vining Arena.